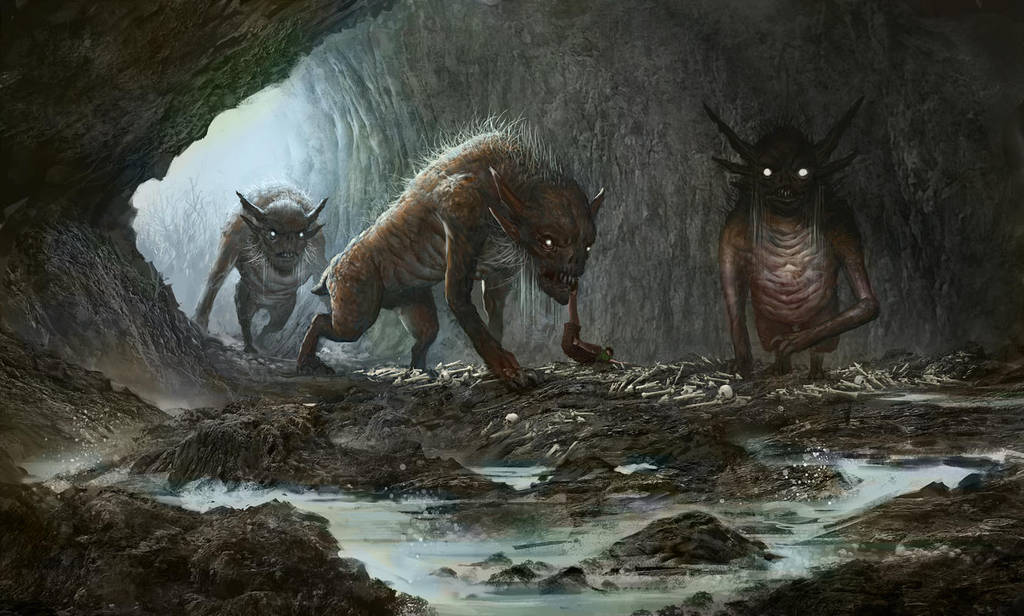 We’ve all seen it. Monsters who are sacks of seemingly endless hit points. Single attacks that drop you. It’s present all your favorite video games – Destiny, Diablo, Disgaea, the Division. How can you make combat a challenge without ballooning out the numbers? Let’s figure it out.

There has been, over the past several years, a drive toward modular difficulty. Easy, Medium, Hard has given way to Easy, Normal, Intense, Adept, Exceptional, Slaughter, Hell, Master, Demon, God, Inferno, Torment. Each level of difficulty usually adds a percentage bonus to health, armor, and damage. The next level? Health, armor, damage. Incrementally ballooning out to cover all of the difficulties. We’ve become so accustomed to it that when things seem too easy in our own Tabletop games, we just tack on some extra health, maybe a point or two of armor/damage reduction, a new super powerful spell or more damage on an attack. It doe not work how you expect.

The Sack of Hit Points Problem

There’s no sane reason your players should face down a little 7hp goblin early in their adventures and randomly face the same goblins with 180hp down the road. It’s impossible to do without alienating their strength. Without undercutting the advances they’ve made, even if you cook up a reason why it might make sense in your game.

“But my game’s goblins made a pact with a wizard to cast Wish to give all goblin kind the health of an Umber Hulk!”

Hit points lengthen a fight. Which may seem like a good thing it gives players a chance to show off their skills and really dump a bunch of damage into a combat encounter, but it can cause combat to turn into a slog. A long, drawn out affair where people are left wondering “shouldn’t this thing have already died?”

Suggestion – Never increases a monster’s Hit Points beyond the maximum allowed for that creature. (In our example, a 12 hit point goblin would be a champion among his peers.) That way you do not overly inflate one creature’s power to dwarf the rest.

We’ve all been there. We see the players rolling hit after hit after hit every session. The snicker as they say a number stupidly high. The forgone conclusion when they turn to a fellow player and say “I can’t miss it!” There may be a gut reaction to suddenly make a Black Pudding with a 45 armor class to just wreck their f36king day – how dare they PRESUME THAT- whew, nearly lost my temper there.

“You see a black pudding that’s covered in diamond plates and between the plates is some kind of malleable energy that can stop a shooting star. Good luck.”

Listen up. No one gets excited when nothing happens. Increasing an enemy’s armor inflates the chances that nothing happens. We’ve all had strings of bad rolls. One time I couldn’t hit an AC 13 goblin for what felt like a thousand years. It’s soul crushing, mind numbing, effort draining – and that’s not a good thing.

Suggestion – Any creature that has an unnatural amount of armor should have a method of subverting said armor. A goblin wearing tiny plate armor makes sense. A goblin with skin made of iron does not – unless fire makes that armor covering brittle and shatter when hit.

Combat in most tabletop RPGs functions a little oddly in terms of combat effectiveness. In almost every system out there, a character is just as powerful near death as they are when they’re perfectly healthy. There is, functionally, no difference between 1 hit point and 400,000 hit points (hit boxes, damage boxes, whatever). So it stands to reason that a powerful enemy should deal boat loads of damage, yeah?

Not exactly. When gaming systems are designed, they are done so with a scale in mind in terms of damage output. A gunshot wound in Dungeons and Dragons is extremely different from a gunshot wound in Call of Cthulhu. What this does is limit the expectation of being killed by an attack. Simple enough – but your PCs should have access to similar damage. A gunshot is a gunshot, within reason. If a skilled PC fires a pistol for 3 damage and an enemy fires the same pistol for 18 – it shows your hand, and that almost always feels unfair.

Increasing the damage dealt by enemies can have an additional negative effect that my friends and I like to call “whack a PC” – where your enemies flatten the party with every attack, so they focus on just getting downed allies back up instead of, ya know, not getting smashed in the mouth.

Suggestion – Try to keep damage comparative to other sources in the game. If an enemy deals significantly more damage with an attack than expected – there should be a verifiable reason for it (blessed bullets, high tech weapons, etc). You have to make the source of that damage quantifiable and understandable. Most of all – make sure that your players’ characters have the same opportunities as your bad guys to those sources of damage.

Alternatives For Difficulty
(that cause fewer problems)

We’ve all desperately tried to kill a bothersome fly. The little b*st*rds seem to be in a different universe with how they perceive the world and react. They’re so fast and erratic that we can barely follow them with our eyes. Now imagine giving that power to, say, an Ogre. Suddenly things get horrifying.

This mechanical adjustment is pretty straight forward: adjust the creature to have a speed at least 50% faster than any player character. They dodge projectiles, they side step explosions, they can chase the PCs down no matter what they try to do. You can even make them attack an additional time (though limit the damage of their attacks so they never succumb to the Rail Cannon Issue).

By presenting and describing this mechanic over and over, your players get to visualize it. They get to spend time working around in their head how to overcome this obstacle. Suddenly the sniper that has dominated the game is practically useless and has to try to get in close, capture or trip the enemy, or set a trap for them – you’ll see your players cooking up unique methods to overcome this kind of power, and it’s always fun.

There’s a reason that Alexander the great and Sun Tzu always wrote about learning about your enemy: it works. Not does it present an enemy that is a challenge, it unnerves the players to think that someone has spied on them enough to get the measure of them in such a way.

Such creatures generally need to be intelligent, but you can also lean on the idea of instinct for more base creatures. A creepy little bog child could learn to mimic the cry of a companion and lure the party into a cave, where the exit can be cut off by vicious attack mongrels, by example.

To lean heavily into it, use your own Game Master knowledge to arm them. Secrets the players have hidden from their fellows, weaknesses (such as “The cleric must die first” “They rely on bullets” “They’d never hurt a child”), or allow them to put pressure on the party outside of their confrontation. An enemy who showcases that they’ve hired assassins to kill a beloved family member may just bargain their safe escape in exchange for calling the assassins off. Such tactics work time and time again in Comic Books, Novels, and Television, they will also work in your tabletop game to great effect.

Your players can only prepare so much for a confrontation. There’s only so much information they can gather and resources they can bring to bear in order to attain victory. Their enemies, however, always have the option of retreat, regroup, and ambush.

A chameleon drake may not face the party head-on. Instead attacking, running away, and waiting by a body of water, camouflaged. When the last of the group approaches, it drags them into a fast flowing river. Such encounters are extremely difficult and very memorable!

Animals are not the only creatures that enjoy facing their prey in their own domain. A general will surround himself with an army. A politician will protect themselves with a powerful alliance. A wizard will stay in their arcane sanctum. A cultist will grow a loyal congregation to watch over them. By putting the party in a place of far inferior preparedness, you give a gargantuan advantage to the enemy.

A prime example is: the Dungeons and Dragons 5th edition adventure Curse of Strahd. The party must prepare, find artifacts, and allies to aid them in their struggle against a Vampire Lord in his own domain of dread. A vampire, on its own, is powerful, but not a huge obstacle in the eyes of powerful adventurers. However, Strahd Von Zarovich is neigh unkillable inside Castle Ravenloft. He can maneuver through floors and walls, knows the deadly traps, can summon forth allies to aid him in attack or escape, and has dozens of tricks and traps set for the party to stumble into to slow them down and chip away at their strength. By allowing Strahd to remain inside his stronghold, his lair, his strength is more than doubled beyond his mere stat block.

There are hundreds if not thousands of ways to increase difficulty beyond Health, Armor, and Damage. Such strengths should always be temporary or capable of being circumvented when the need arises, but when used can make for terrifyingly difficult encounters.

A quick list of other things I’ve used over the years to make encounters more difficult:

Regardless of your method of increasing the difficulty of a fight, remember one very key, often forgotten, piece of information: Your party is supposed to win, in the end.