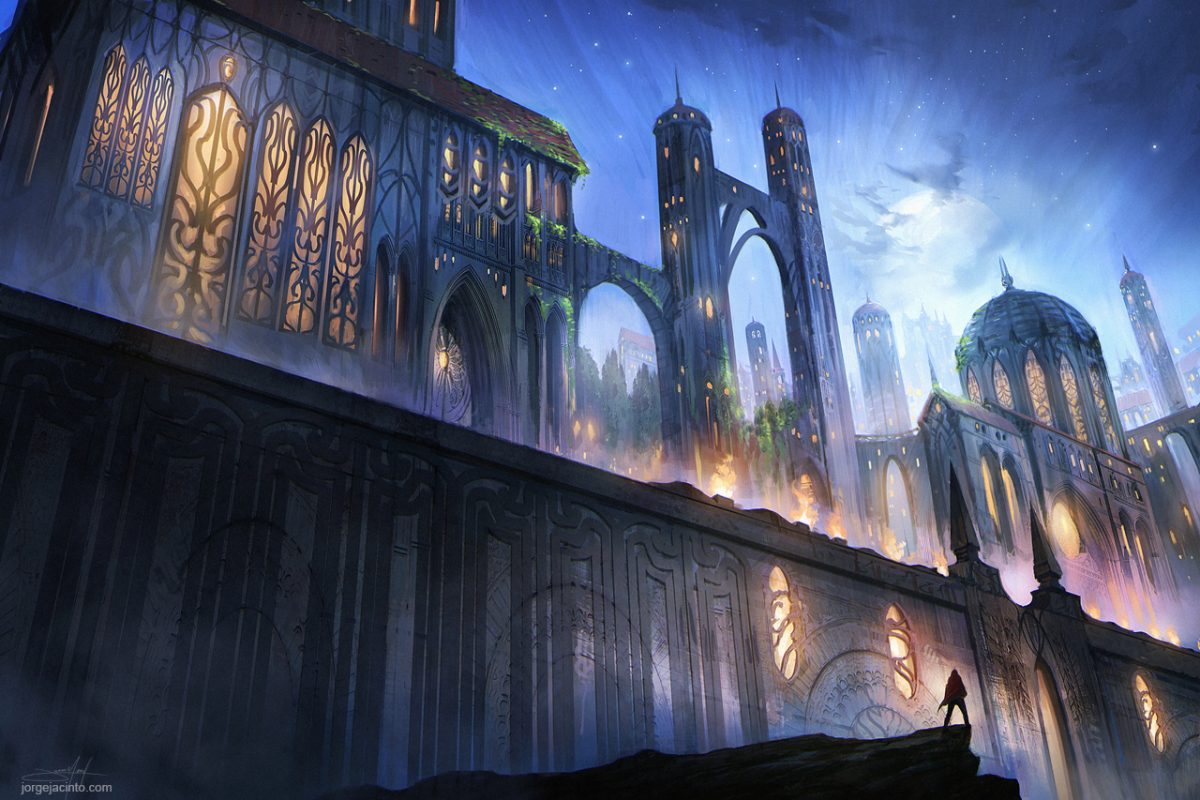 New York. Chicago. Denver. London. Mexico City. Onterio. No two cities give the same feel in our real world, but navigating them proves almost a nightmare when set in a TTRPG. How can you give the best possible experience for city-based gameplay? Let’s figure it out together.

This topic comes from a follower of mine over on twitter. I remember the days when I’d choose a 40 level mega dungeon over an Urban encounter – so I’ll try to expose how I wrap my head around a city and present it in a way that players can actually digest.

::::: Should you wish to see how I handle a city, you can check out a livestream I run titled The Little Rascals set in the Forgotten Realms city of Yhaunn. We’ve done a great job of uncovering details of the city organically over the course of 10 episodes. :::::

Put anyone in the streets of Philadelphia, Pennsylvania and they’ll figure out, swiftly, that it’s a huge departure from even nearby cities like Baltimore, let alone far newer cities like that of San Diego or Las Vegas. What drives that feeling of uniqueness comes less from just the architecture or the climate, but is driven home from the layout of the city and it’s visual history.

Think about it for a minute and visualize yourself walking down the “main street” of your home city (or the closest city to your home town). I grew up in Mississippi, surrounded by three major cities.

Walking down mainstreet of one city would give you horrifically old, poor, run-down buildings filled with budding young businesses. Renovations in that city were extremely limited as no architecture could be changed without written permissions by the city, and only then on the inside of the buildings. The whole city was a STRAIGHT LINE bisected by a set of train tracks. Everything that came before the “historic district” of main street and everything that came after was cheap, cramped, and slapped together to fit where it could in order to leave room for massive houses protected by the city’s architecture rules.

Meanwhile, if you walked down the main street of the city to the east of my hometown, you’d get handily run over. The city was built with no mind at all for pedestrian traffic, even in the early days. The city hall was surrounded on all sides by low buildings and parking spaces with some slapdash gardens mixed in, but it was twisted around in an odd shape that bent in on itself. You’d see old buildings tilted at a weird angle and in need of a coat of paint next to a brand new $2million McDonalds with a built in climate controlled play area for up to 15 kids. The juxtaposition was neck breaking.

And finally, the last city was sprawling and made to be overpacked with gardens and shrubbery, signs, billboards, and all manner of stuff – but over the years it’s faded in importance to the world and the region has left it behind, in a sense. So those big open expanses are home to…grass with fences around it. Old buildings build one after the other with windows on the front, only – like brick coffins where commerce was buried. Much like the other two cities in the region, the city protected every board and window from being replaced or even repaired with anything but what was made over a hundred years prior to my existence. It made for a choked, cramped, abandoned look to one of the most thriving cities in the state in terms of new business and commerce.

Nowhere do I mention the universal factors: population, climate, elevation, etc – they’re not needed to get a feeling of what it would be like to live in one of these cities, if the new booming developments were cut away. And THAT is what will be most important factor in building up your own cities, be they on space stations or the edge of a dragon infested forest.

Focus on Answering the Questions

Before you being making a city from scratch, I highly suggest you find a counterpart in our real world that you’re familiar with as an anchor point. Leaning on that connection can keep you from going off the rails and keep your single idea of the city a focal point.

The relative points of interest you should focus on when making the city should be the same as making a family, an adventuring group, a cult, or anything else for your RPG…

Who, What, When, Where, Why, What’s different?

If you answer these questions about your city, you WILL absolutely have everything you need to run a game set in it.

What factions make this city their home? Does it have a robust city guard? Which factions are loyal to the people? Which are corrupt? Which will take an interest in your party? Who is most likely to live here?

What is this city’s purpose? What do they export? Import? What do they offer to the wider world? What is the city’s future plan? What problems prevent it from reaching that plan? What size, shape, and density is the city? What catastrophes, if any, have befallen it in recent or ancient memory?

When was the city formed? When were the first buildings built? When did the city collapse/get destroyed? When was it remade? (fewer questions but far more important than you realize! A city build 80 years ago is a FAR CRY different from one built 300 years ago.

Why was this city founded in the first place? (they don’t just HAPPEN, btw) Why is the city booming or faltering? Why would people move to this city?Why would they leave? Why is this place important or unimportant? Why would the party be interested in this place (short and long term)?

This one bucks the trend but… what makes this place different from the surrounding cities? Is it bigger? Smaller? Richer? Poorer? Is it industrialized? Is it state-of-the-art? Well educated? Dangerous? Does it rain year-round? Does the city offer loans to new businesses? Does the city have a network of spies, thieves, sellswords, wizards, e-girls/e-boys/e-folx plastering themselves on billboards? Does this city have incredible entertainment value?

If the city has nothing that sets it apart from “a random city” – then you’re going to have a hard time establishing the city as a fun place to play your game.

My personal experiences varied wildly in terms of how popular various cities were in my own D&D games. But I found that how I presented the city often made a much larger difference to how it was received than the work I did with the city behind the scenes. One small coastal town named Goldhallow was HATED by my players and their characters who felt it was “pointless” while the city of Voonlar was almost REVERED by them for how realistic and incredible it felt.

They were the exact same city with a different coat of paint. I changed almost none of my notes. What I did do was present them differently.

You cannot “over prep” for a city. Feel free to write about the Silver Sparrow mercenary group, the Darkblade thieve’s guild, write the story of how the Mayor was infected with lycanthropy and mauled their husband to death before it was cured and now a doppleganger has taken his place.

BUT, be prepared to recycle, reuse, and alter anything you write to better fit what you need to tell your story. Don’t force feed the information to your players against their will or they will grow tired of the homework lesson and never truly gravitate toward exploring the city on their own.

Give them the information they need and a LITTLE more each time they ask a question.
“Is there a blacksmith here?” they might ask.
Answer: “The Workman’s Guild is actually causing blacksmiths, carpenters, masons, and stuff like butchers to really prosper in the city! You’ve actually heard of a smithy that caters to adventurers, specializing in weapons and armor, near the docks. It’s called The Blue Anvil Smithy.”

Now they know where to go, they know it’ll be just right for them, and they have a detail that the city supports local crafts more than most do. Now they may know that such craftsmen have EXTRA MONEY and may be in need of hiring services or the Workman’s Guild itself may have use of them in enforcing its strict guidelines – you’ve got a thousand new opportunities just from answering a question.

I hope this long ramble helps you better approach cooking up a city for your players! If you have any more questions, comments, or thoughts on the matter, be sure to reach out to me directly over on twitter!