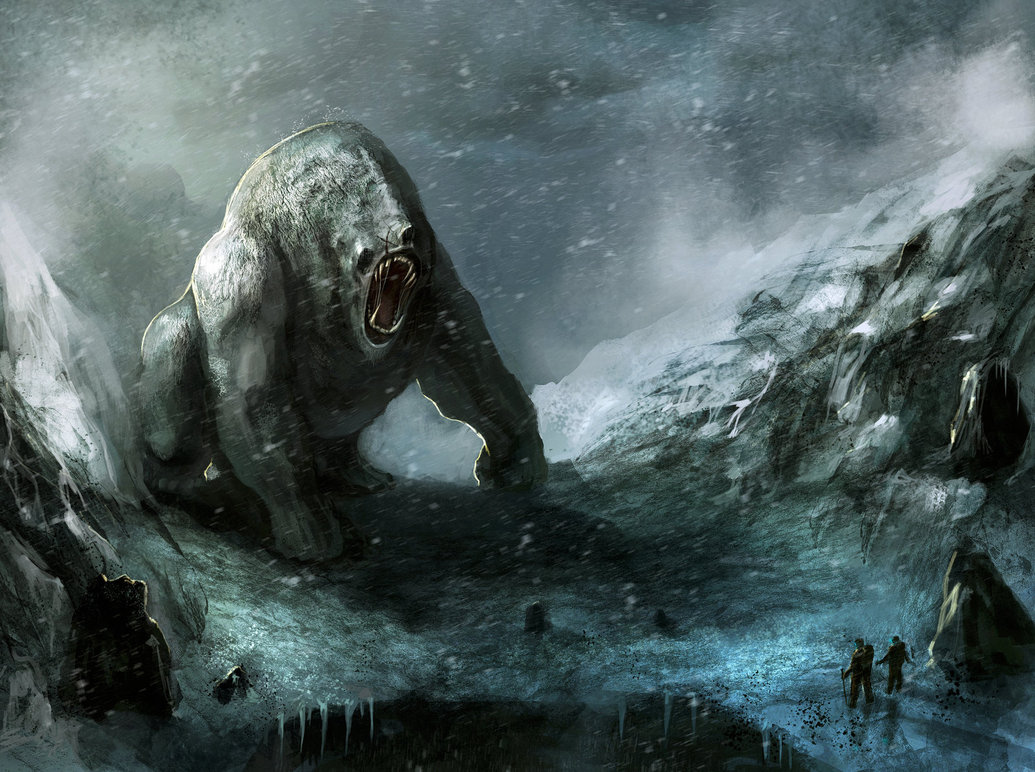 Let us climb into the honesty igloo real fast… The entire hobby, all of it, is supposed to be fun. If you’re not having fun, you are – in fact – ‘doing it wrong.’

Likewise, if you’re running a game, I’m sorry to tell you this – it’s your job to ensure as many people at your table are having fun as possible. But do not worry – I’m here to help you understand how to figure this craziness out.

All art by Tom Edwards

We all come to the table for different reasons: enjoyment of socializing, escapism, tactical/strategic thinking, love of improvisation, curiosity-turned-habit. So each and every person at the table can have a different understanding of what fun actually is.

Fun, by definition, is: enjoyment, amusement, or lighthearted pleasure. These three things, though in the same definition, are inescapably different from one another.

Enjoyment – Anyone who has went into a haunted house for kicks knows that enjoyment can be fear, an adrenaline rush. It can be a brain melting task or puzzle. A sense of completion or advancement. Each of these are readily apparent when considering videogames in your Tabletop. People do not play a game like Darkest Dungeon because they think it’s funny. They play it because they want to overcome adversity and prove that they are better than the game. To that end, enjoyment is the absolute hardest portion of “fun” to understand and will vary widely depending on the player and their exact circumstance.

Amusement – levity, jokes, something that anchors your game back into the humor present in the world. These little aspects can bring an entire table back into the moment faster than anything else:

These are moments that peel back the veneer of danger and intrigue of many games and shows the funny side of things. These innocent moments are joyous by contrast, and will almost always be looked back on as pure FUN.

Lighthearted Pleasure – Be glad they added “lighthearted” on there, or I’d be getting comments that might make me pretty uncomfortable. These are going to be your moments where characters interact in an ordinary but thoughtful or sweet moment. A kid who is being chased by a puppy, an old woman who offers to help straighten one of the character’s clothing, a pie eating contest. Any moment that you can remember your family or friends telling you about where nothing really happened, but the moment was memorable – those need to be in your game! They act as hand-holds for players and DM’s alike.
As a player, you can roleplay small moments in your day, even if it’s as small as asking another PC for help taking your bulky armor off, or calling your daughter while you’re out on an investigation because it’s her bed-time. These small character moments are PACKED with character and give a sense of innocence and sweetness.
As a DM/GM/MC – give your characters platforms to have these moments. A street vendor who tells the PC they look like their brother/sister. A passenger on a crowded bus giving up their seat for the PCs – since they look so damn tired. A jogger waiting at a crossing who unplugs their headphones on accident and “Eye of the Tiger” plays very loudly while they climb into their car.

What Do You Enjoy?

This is sincerely the hardest part. I’ve written before that sometimes “player’s don’t know what they want.” And I stand by it. Most of the time, players think they want their game to be X or Y, but when given X or Y – they get very bored or detached. So how can you figure out what your players actually enjoy?

FIGURE OUT WHAT YOU ENJOY FIRST!

I’m not fucking around here. If you are not enjoying your game, if you are not amped to churn out more cool stuff to tackle and do, if you’re not thinking about stuff that your players and their characters would love – then your players are going to get the bare-minimum amount of enjoyment out of your game.

Once you sit down and think about what makes the game enjoyable for you, you’ll be better prepared for getting that same information out of your players. So ask yourself: What am I really liking about this game?

There are thousands of reasons you might enjoy your RPG, but find a few out, figure out what really makes you come back for more.

For me, by example, I enjoy watching my players and their characters overcome these incredible obstacles. I enjoy putting them in situations to choose paths based on morality. I enjoy improvising interesting and dynamic NPCs in a world that moves beyond what the PCs will ever see. That’s what makes me happy to run a game.

There is always a direct path – you can always always ask your players anything in these kinds of articles directly. Chances are, they’ll tell you. But they might not know themselves – and if that’s the case, here are some tips to figure out what makes them tick.

During your game, you need to move the spotlight around to each player. Give them a very direct and clearly signaled moment that they can voice their opinions and thoughts. If they seem stymied or unsure, tell them it’s okay, smile, and move the spotlight onto someone else.

The moment your player bites: you know what they enjoy. There are 4 main points to attempt this kind of maneuver at:

Not all of these are foolproof. You may still have players that don’t engage completely on any one topic, and that’s okay. There are players who would rather just be there and watch than be put under the spotlight. They are your absolute easiest players to please – they’re already enjoying themselves and having a blast, or they wouldn’t come. Leave them the hell alone.

What To Do Now?

You have all the pieces – you know the “shape” of all of your players. Now you just need to put them where they belong, where they’re most happy.

Then? You pull them back out of that spot. You move them around, and you bring them back. This is the trick.

If you have a player who enjoys combat, and you just keep flinging wave after wave of combat at them, even they will get bored. You have to spice it up, put them in an invitation only dinner situation. Watch them squirm a bit, and when they are about to check out completely – assassins rush in. Let them have a chance to beat people to death with a chair.

If your have a player who enjoys intense social interaction, put them in a dungeon or an archaeological dig, or on a quest to recover some bit of information stored in a data vault in an abandoned area of town flooded with radiation. Give them a huge dry-spell where there are no people around. When they finally do bump into someone, they’ll cherish the opportunity to talk to them. Now you have a beloved NPC and you did nothing but make them want one.

If your player is into scenes, show them opulent gardens and let them explore the vegetation. Let them roll for knowledge of the plants or animals. Let them invest themselves into the world concretely – with facts and description. They’ll not say “that place with the creepy fish” they’ll be the one to chime up later and say “Like when we were in Lauthen Rise! Those pike were actually mutated!”

You cannot please them all at once.

The smaller your group of players, the easier it is to please the vast majority of them, but you cannot have a scene that pleases everyone. You have to rotate them out – often. You have to give them each a taste, and move on. When the scene shifts to what a player loves, shine the light on their character directly – and let it linger there for most of the scene. Then move to the next scene, move the spotlight, and continue. It’s all a massive juggling act that goes on ceaselessly. If you try to juggle the same character too much, you’ll drop the rest. If you don’t juggle anyone at all, they alone will hit the floor.

(This is why you should cherish characters that are just happy being there and observing, they are one fewer thing you have to juggle!)

Vary up your rotation to complete an entire leg of your adventure. To show you what I mean, I’m going to use an example from the above list, assuming there are 5 players.

I know it’s hard. Mixing what you like with what the system demands with what your players like with what their characters like. It’s almost maddening to think about. But once you get started, it’s so easy. Just allow each player a moment of spotlight, to allow each character to open up and absorb the story. They’ll get such a rush from their scene that it’ll linger into the next scene. By the time the high wears off, you’re getting ready to turn the spotlight back on them again!

As you get better at the juggling act, you’ll find that it’s easier and easier to involve the things you like into the game, and connect them with players who enjoy similar things. I will caution you…. If you over-involve one player, no matter how sly you think you’re being – the rest of your table will suffer. Just because you love combat and one of your players does as well does NOT mean you should make every session about combat. Far too many players are too nice to quit, and you’d be quite the monster to keep them lingering, hanging on to your game to be involved, for weeks or months on end with no intent to do so.

All art by Tom Edwards