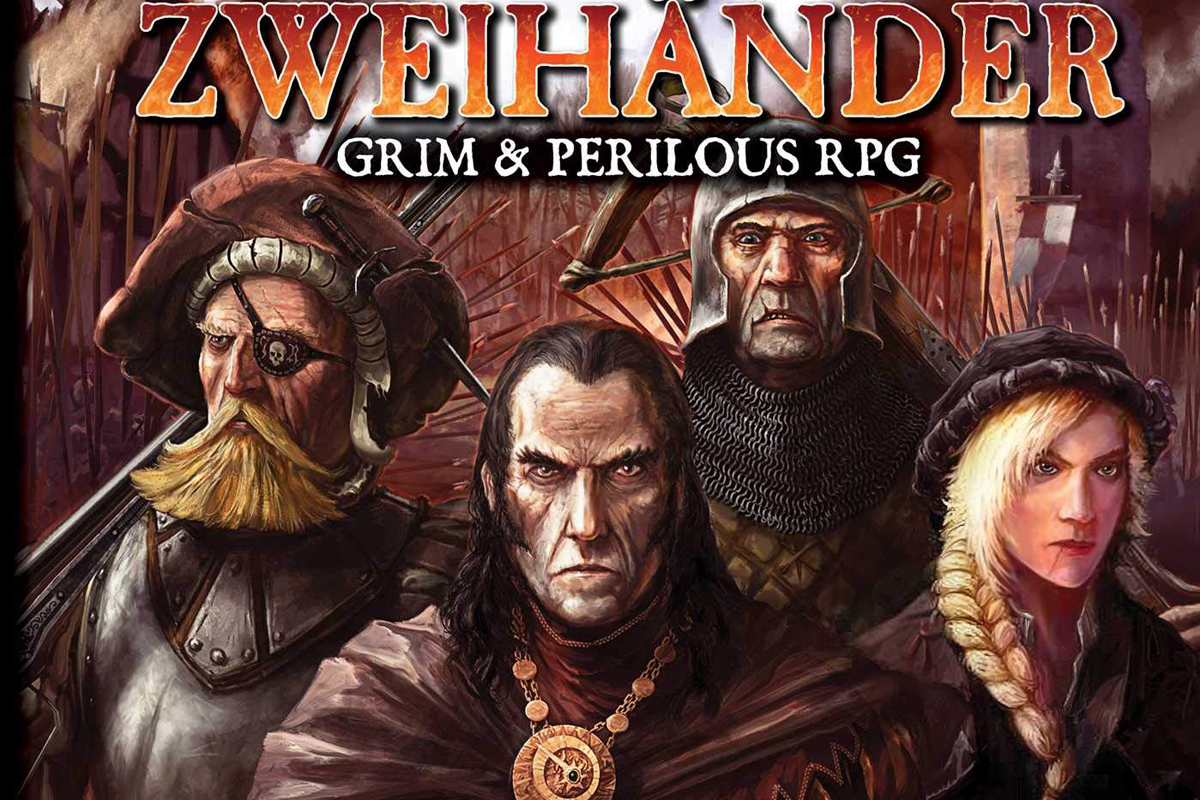 I was invited to a one-shot adventure as part of Roll 20’s “TTRPG Indie Showcase” with the d100 system Zweihander. A grimdark, crunchy system prized for its enormous selection of options. How was it for a new player? Find out.

This is not a full review of the TTRPG system Zweihander: Grim and Perilous or otherwise. This is a reflection of my time preparing for and playing this game. Of course it was still fun, and you can watch the vod here: https://www.twitch.tv/videos/960583432

First thing is first, the PDF for Zweihander’s player handbook is nearly 390 pages (not unfair). But what’s a little daunting is the “player creation” portion of the book (for a level 1 character only, mind you) is 165 pages long.

Officially, to make my Basic tier character Rorlu, it took me just under 3 hours to create my character on Roll 20, without outside help or tutorials.

Then you roll for your ability scores (3d10 + 25 each, in order). Very straightforward and easy to understand – one of the only easy parts of the game. But those abilities are modified by Ancestral Modifiers that lower your Ability Modifier (your Ability Score divided by 10, so a 50 Brawl would have a bonus of 5. But if you’re a Halfling, your BB [Brawl Bonus] is reduced by 1 down to 4. It affects the MODIFIER, not the SCORE. Do… do you see what I’m getting at? Even those numbers are savagely complicated to explain.

That’s the STICKER SHOCK I’m talking about: after just a few moments you get this overwhelming feeling that almost none of the game makes numerical sense. I think that’s partially because how the numbers operate are not ever given to you in a straight-forward, streamlined method, as I have done above. Everything’s spread out like an Ikea instruction booklet, where it assumes you won’t care what a number is until the book tells you what that number is for, could be 1 page, could be 20 pages – it gives a feeling of claustrophobia that’s hard to get past.

The Meat of the System

The core of the game revolves around your PROFESSION (Class, Job, Occupation, Skillset). From page 83 to 197 (113.5 pages) hold each profession, which make up 3 tiers of play (basic, advanced, and expert).

Each one of those professions has a chart that must be filled out (by purchasing each option through Reward Points – don’t ask) before you can advance to the next tier and, potentially, choose a new profession. A basic profession is like: Guard or Ranger (as in a hunter and scout), while an expert profession is Assassin or Archmage or Crime Boss – big showstopping stuff.

The system to ‘level’ feels a lot like Powered by the Apocalypse, where you must tick all the boxes to advance and learn something new. The difference is, each option in the chart of 20 options has several options. A HUGE portion of your character is determined by the Profession and if you roll it randomly, you may end up stuck with equipment, armor, skills, spells, traits, talents, and even Ability score improvements that you /do not want./ Instead of having a class that works as a framework and offering subclasses thereof (Ranger -> Beastmaster -> Elemental Beasts focus) every single profession sets you on a path for a dozen or more sessions of play before you advance and that’s only if you DON’T invest in Focuses for your skills.

I’m Waxing – The Long and Short

I, personally, feel like this book is not new player friendly at all. The book does a pretty bad job at holding your hand and explaining things early on and instead, like many 4-5 hour long boardgames, want you to “pick it up as you play” or in this case “as you fill out your sheet.”

Not knowing adjustments and skill bonuses, what reward points are going where or how much certain things cost, flipping back and forth between chapters to compare and contrast what skills do and if professions have access to the stuff you want to use – it’s a barrier to entry that’s just too insurmountable for 30-40% of the population.

Not everything about the experience is bad – the game has some great ideas, if a little crunchy/clunky for my tastes – but getting 3-5 friends to sit down for 2-5 hours in order to learn how to make a character is just a nightmare.

If you DO wanna try it, Roll 20’s auto calc features and wiki help a whole lot. I’d advise you go that route.

If you’d like a full review of Zewihander and an overview of the more intricate details, let me know! Come chat on twitter (twitter.com/dropthedie) – i’m probably doing a giveaway, too. xD