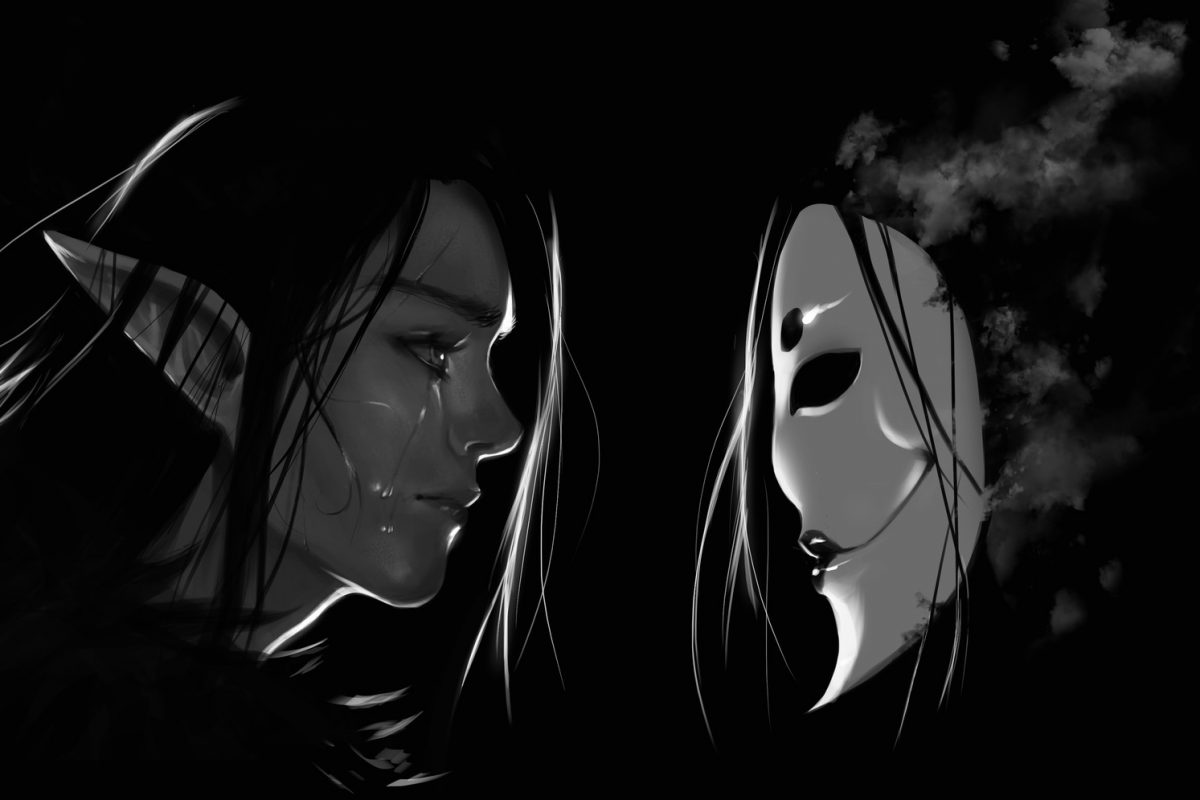 Before you break your skull open trying to figure out the stats for a quarter etter-cap drow or what stats would accurately portray a KATANA (the longest running headache in the D&D community other than encumbrance, I think), why don’t you take a minute to consider the ultimate power… the beating heart of all gaming since its inception: reskinning.

Let’s figure out the ins and outs to this fuster cluck and see if we can’t get some converts on the side of flavor over additional mechanics.

What is Reskinning and Why Bother?

For some reason the word “reskinning” has become dirty over time. Like “Cheap” people think it’s bad. All it is, at its core, is removing the description of something and using a new one. Like clothing, paint on cars and houses, or labels on packaging – what you see is just as important as what’s underneath to most people.

“Reskinning” apparently makes people think they’ve not made a difference on the game – they have to have some “real” change to the game in the form of a mechanic. Often times, this causes unwanted bloat to systems that were parsed down as much as possible already to avoid such bloat. “Well, you agreed to let him use this – he uses a two-handed Flamberge – so i think it should do an extra 1d4 bleed damage when it hits a creature with no armor and deal double damage to wooden weapons like spears and quarterstaves, right?”
“Absolutely not, it’s a greatsword.”
“UGH, Just a RESKIN?!”
“This is the sword of Akkat Jaut Shyro, the ‘Serpent of the West.’ He used this sword in battle to hack and carve a path through the country sixty years ago – crushing all opposition. He claimed it was the father of all swords and to sheathe it without letting it taste blood would curse the one who wielded it.”

If the flavor, lore, and look of a weapon don’t matter – all the player wants is an unearned advantage and should be ignored. Since many players don’t play the game for those reasons, it’s a fantastic idea to constantly reskin things, even if only slightly, to keep things feeling fresh and interesting for both you and your players. 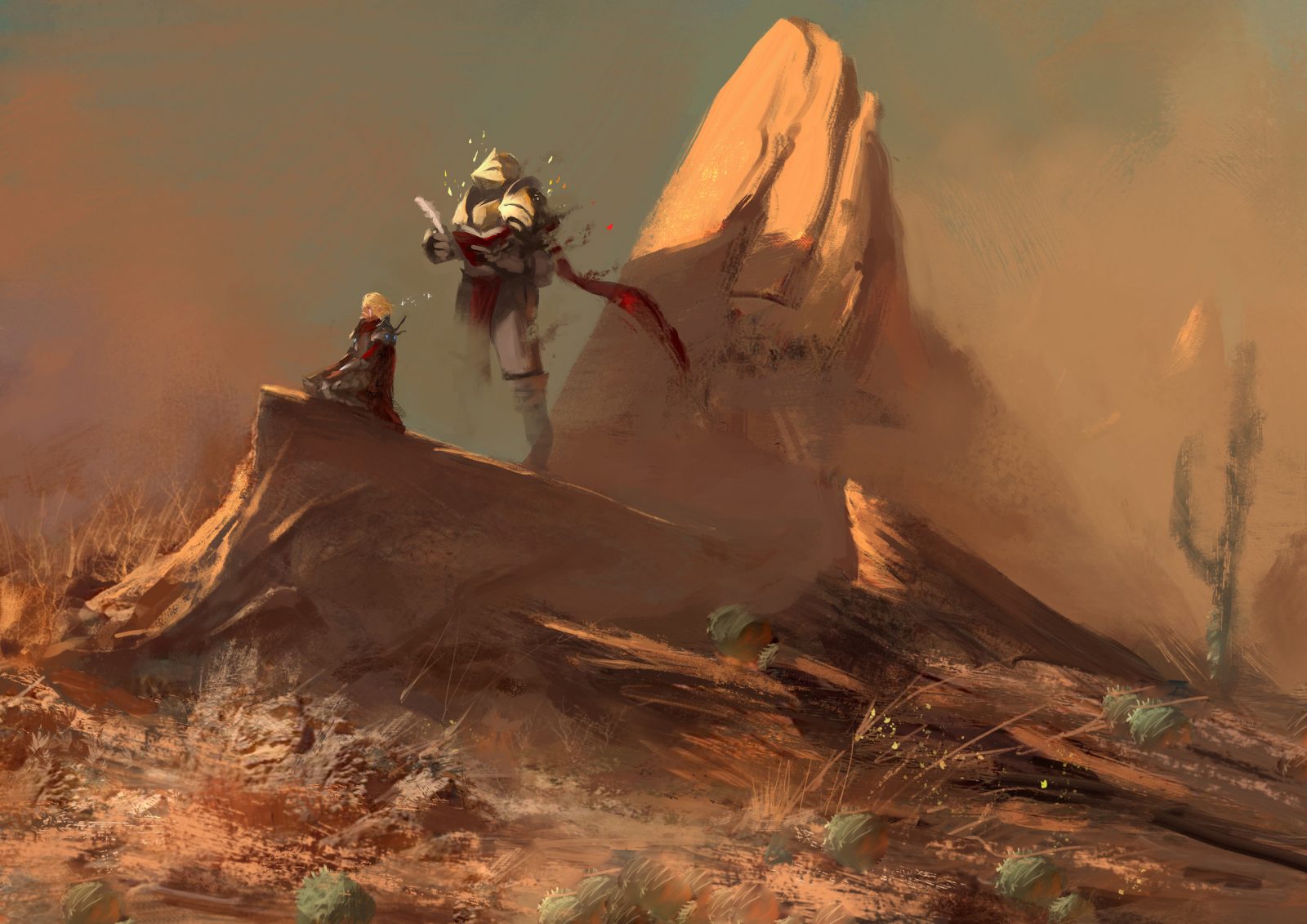 What to Cut, What to Keep, and How

Once you find yourself needing to reskin something to fit your needs, what do you cut away and what do you keep? Where do you even start?

Let’s do a reskin together, then! My party will soon be tackling 4 of the Demon Lords, among them is Baphomet, Prince of Beasts and Lord of Minotaurs. Looking through Dungeons and Dragons 5e, there are only two minotaurs available for me: Minotaur Skeleton (CR 2), and Minotaur (CR 3). Since my party is comprised of seven level fourteen adventurers, it’d take 15 or more of them attacking at once to even pose a threat to the party – and that’s no good.

Now, I could take the stats of a Minotaur and rework them to create a totally new creature – that’s not outside of the realm of possibilities, but it’s a lot of work for what amounts to captains that will be SLAUGHTERED by the party. Time and energy I could put into writing a new review or eating cheese, maybe even taking a nap or cracking the human genome: so instead, we’re going to reskin this together in real time! It’s 4:50pm on April 9th, let’s see how long this takes. 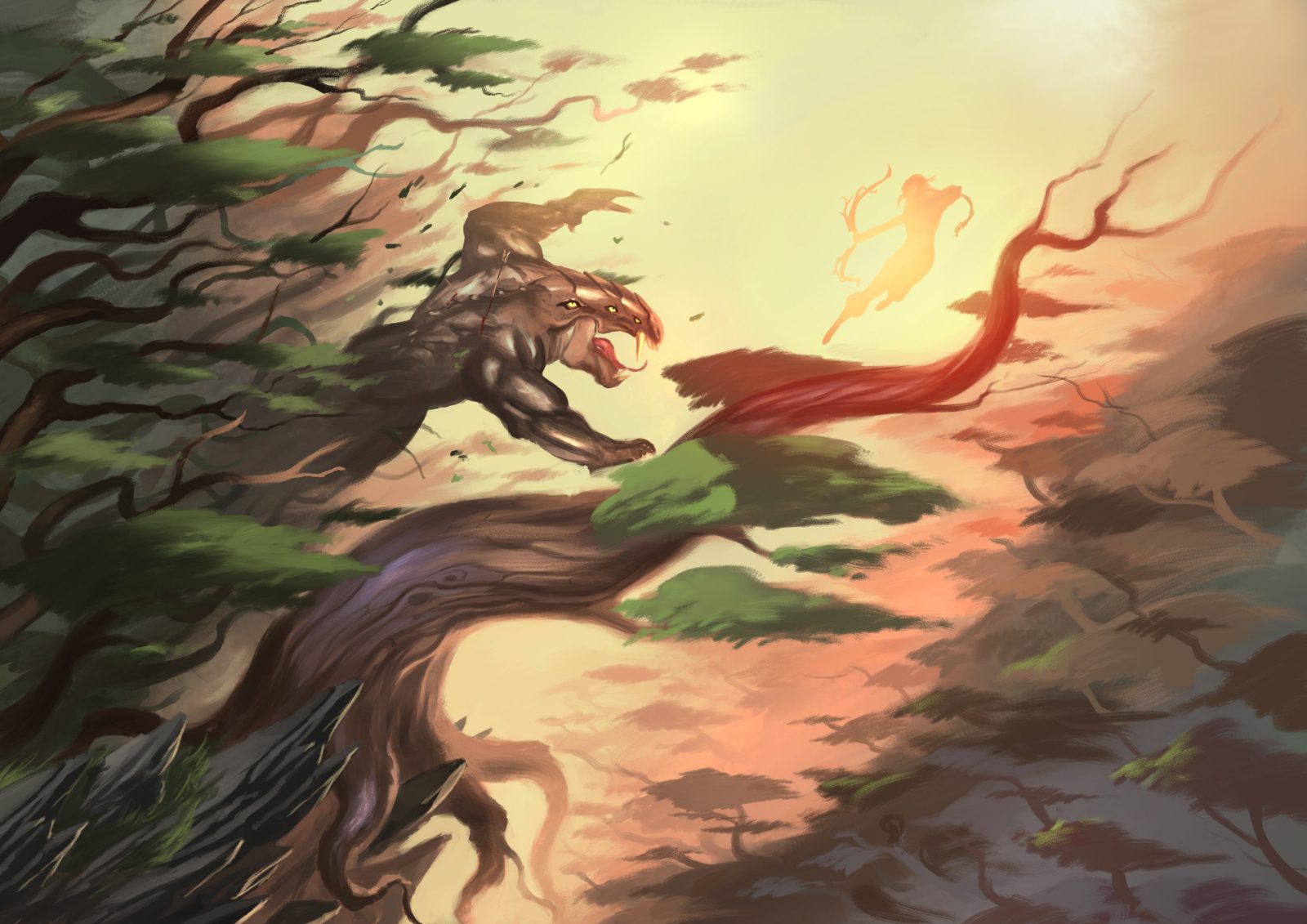 I want to make a combat encounter balanced around no more than 5 creatures – it makes my job a lot easier not tracking 10+ monsters all at once. 5 is a good solid number. So let’s head over to Kobold Fight Club and see what CR we’ll need to make these “captains.” Plug in (4) CR3 Minotaurs, and see how much more we need…. Looks like 4 Minotaurs and a CR15  creature would work best for a medium encounter! We’re lucky, because a Goristro (a demon that already resembles a Minotaur and would ABSOLUTELY travel with Baphomet) clocks in at CR17, that’s perfect for throwing into a combat encounter later on! But for now, lets look at our CR 15 options and see if we can’t make a cool bestial non-demon minotaur out of something.

Looking at the list, Ice Devil stands out to me – it’s simple, easy to run, and doesn’t rely on a ton of casting to be deadly, they’re just heavy damage dealing creature hard to ignore. So let’s roll with that!  (Time: 4:59pm) 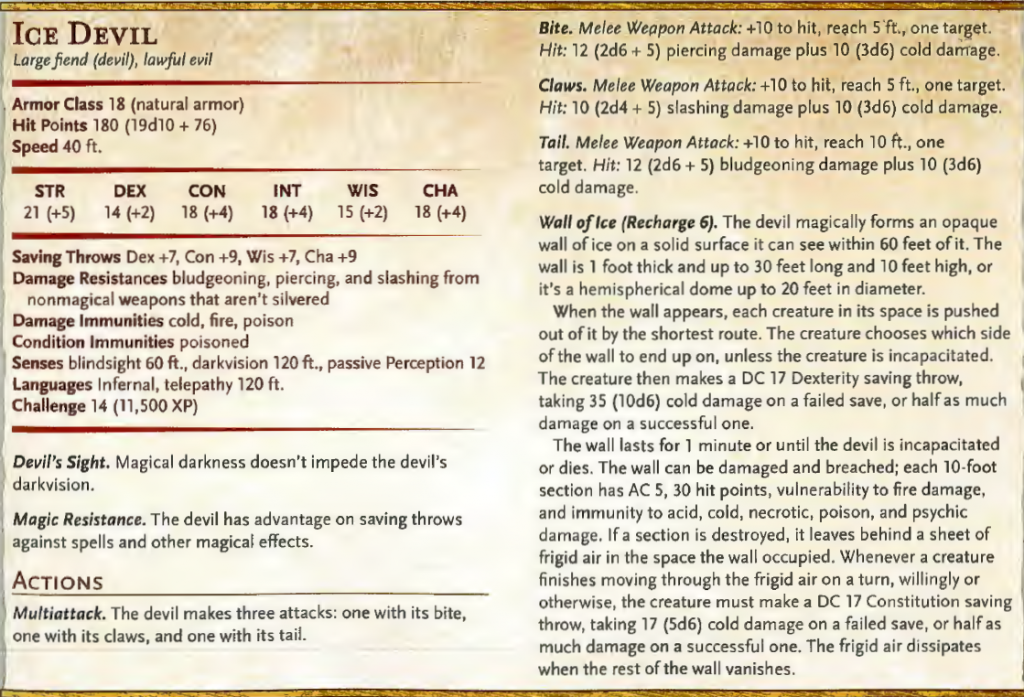 That’s pretty much it! I present to you, and nudge the Samurai Warriors fans out there, IRON OX! 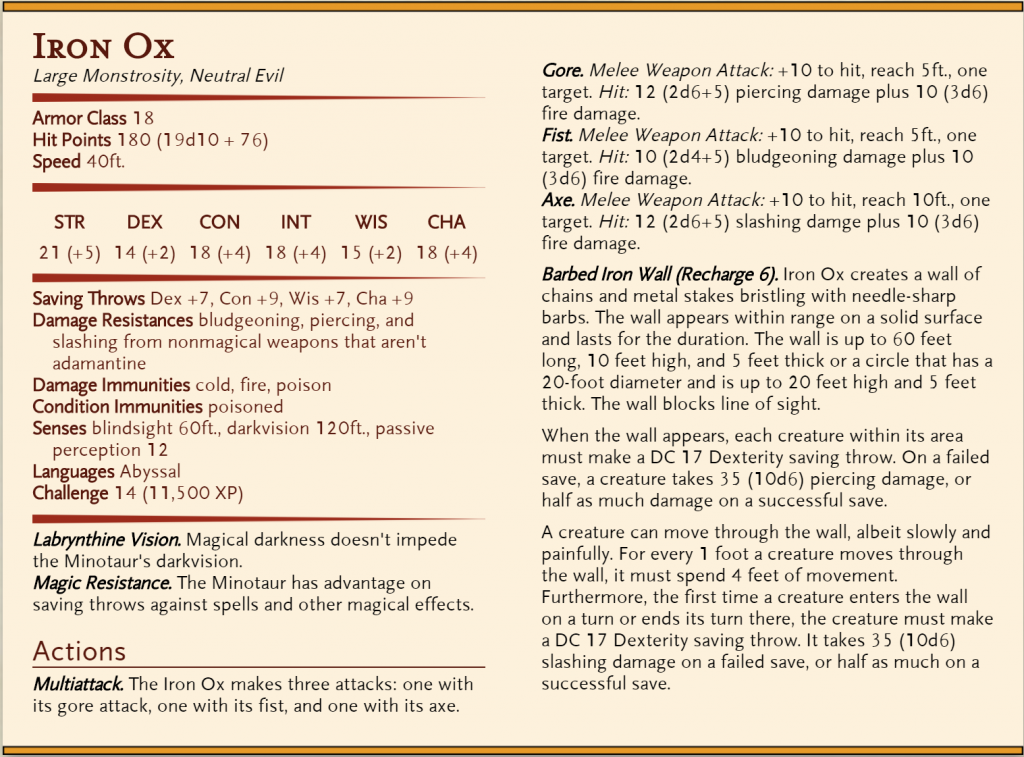 Grand total, this took me 44 minutes to do, including writing it out for you guys! I’m fairly happy with it and think it’ll make a good addition to my game. (Time: 5:43pm) 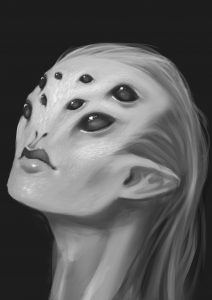 Please understand – there’s nothing that says you can’t flavor everything in your tabletop RPG. Particularly if you’re a player. I know of no DM’s out there who would deny their player from reskinning their abilities. Want to play a Half-Orc Monk modeled after Macho Man Randy Savage instead of a Kung Fu master? Have them snap into a Slim Jim for 30 minutes instead of meditating, have them use “their shot!” instead of Ki Points. Maybe instead of “slow fall” they use “BIG FALL!”

Want to play a blind character but don’t feel like you want to suffer from the blind condition – why not ask your Game Master if you can just… flavor your character as blind. Think about it – if you want your character to be effective but be blind, you’d have to cook up how they’d have tremorsense or blind sight, you’d have to roll perception checks every round or blah blah – But if your character is as good or better than their sight seeing opponents, roleplaying that blindness outside of combat will give just as good of an effect than an entire page of extra mechanics tacked onto your character to represent that blindness. Instead of “I see that orc rushing at Maria” you say “I hear that orc rushing at Maria.” Done.

So long as you’re not trying to eek out a mechanical advantage, very few of your players and DMs will care. Stay true to the rules-as-written, reflavor what you need to, and always ask permission first! But thinking outside of the box really makes a huge difference to your games.

Everything can be reskinned and re-decorated to fit your needs. Don’t think because a “Rainbow Dragon” isn’t made yet that you can’t use one – just reskin the dragon you think fits what you need the most closely. Manipulate magical items, monsters, settings, races, spell effects – so long as you don’t wildly alter the rules or the mechanics, you don’t even have to worry about balancing your game!

Players who desire to cook something up on their own need to do everything they can to not change or alter mechanics. Talk to your GM and figure out how to put a brand new coat of paint on your own choices in-game.

Hit me up on twitter or facebook and show me your favorite reskins! Show me that new layer of paint you put on – because regardless of what people say, the wrapping matters quite a lot when the entire hobby takes place in your imagination! 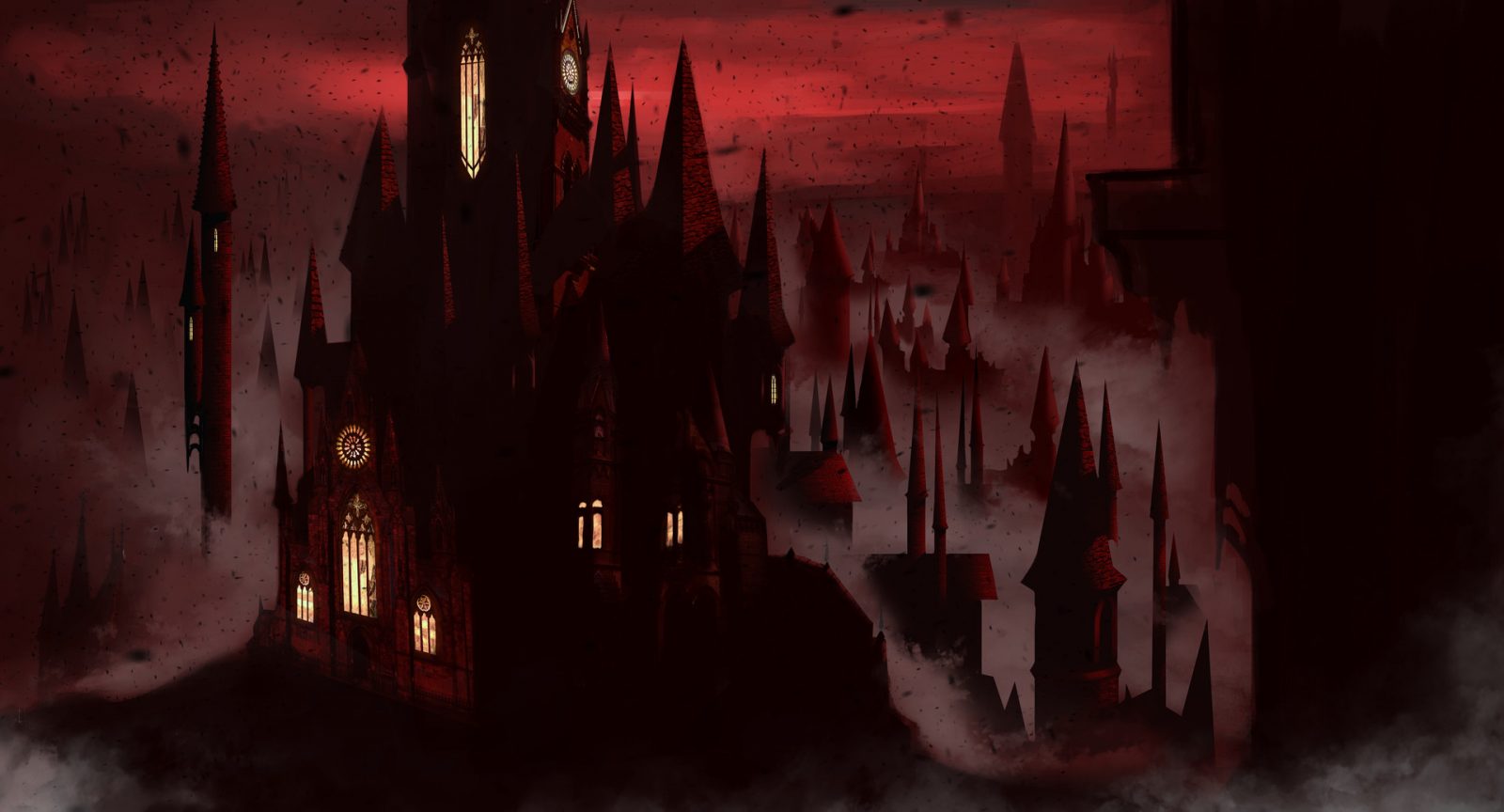