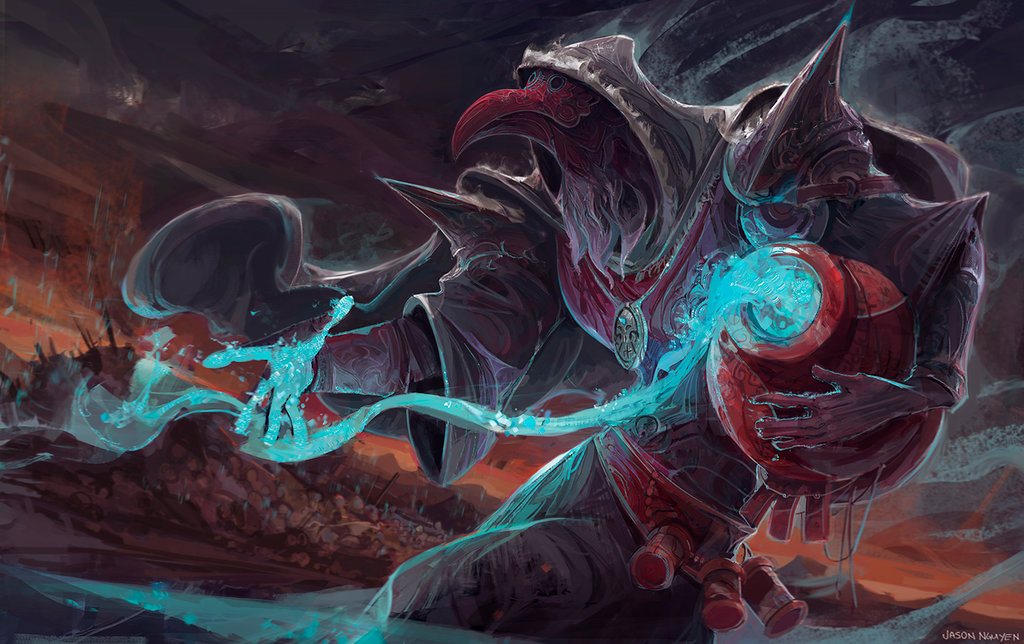 When you put in a video game, even a brutal one like Darkest Dungeon or Demon’s Souls, you are pitted against a faceless and brooding evil – mechanics. A team of developers spent years crafting that game to be beatable yet challenging, unforgiving but surmountable, hair-pullingly frustrating but rewarding in the end.

A Tabletop RPG, on the other hand, has a face, a name, and generally feelings to boot – we call them “Game Masters.” And when disaster strikes and you lose everything, you can throw your head back and shout obscenities at a videogame, but chances are your Game Master might feel a little cross after such a thing. So how do you work past a TPK as a Game Master or as a Player? Let me lend a helping hand with my Three-Step Program.

Almost every TPK comes from a plan – on the part of the Game Master or the party – going horribly wrong. I’m sorry to say this will absolutely happen at some point. No one has perfect information. A GM may, by example, put an interesting trap in a room or an enemy with a special weakness – and the players never pick up on how to overcome that trap or obstacle and get chipped away at until they die.

Likewise, a party may plan on sending half the group up an elevator to talk to the big-wig in charge, while the other half sneaks up the side of the building, without knowing the glass is bullet proof. When the fighting starts, the outside crew is left helpless while the inside crew gets slaughtered, they try to climb up to the roof and are met with the two guards the big-wig had in his penthouse cutting their ropes.

Step 1: Don’t blame the people who made the plan.

You all agreed to it. It may have been completely adequate and well thought out, but

some small detail wasn’t counted for. It happens in movies and books all the time, it happens in real life, and it’ll happen in game. Just because a plan fails doesn’t mean it was a bad plan. Pointing fingers and blaming players is a shortcut to hurt feelings at a table and a sour mood/experience. I sincerely hope you all take this point to heart, it’s the number one rule for moving on past a TPK.

Where Do We Go From Here?

You have limitless options when you manage to kill off the entire group. A quick list of choices are:

Look, dead people are useless for the most part. Even if you wanna use them for organs or manipulate their corpses through magic or cyber-ware, a corpse is just a hunk of meat, but a person is an invaluable tool! Never underestimate the value of letting a character live, that they may be in debt to the cause of their near-death.

Likewise, as a player, if your character somehow managed to survive the assumed “party wipe” do not take that as a sign that your character is invincible, indestructible. None of us watch a show called “Dexter” to see Dexter die in the third episode. But we all love to see him get put in a horribly sticky situation he has to struggle to escape from! It’s our bread and butter. But unlike TV shows, the story isn’t singular – if your character is fast and loose with their life, do not be surprised to find yourself six-feet-under.

It’s much easier GMing for a game that has a central cast of characters everyone is familiar with, but when a character’s story seems over – let them go.

Step 2: Realize that Death is not the only option, and it’s rarely the end.

Some Game Masters will absolutely rip up their notes and ideas for a campaign if everyone dies. Some GMs love “meat grinder” experiences, where death is final and the story can fizzle out into nothing. It lets them pick up and move on to something “new.”

But most GMs prefer to see a story to its conclusion, even if the characters involved have to change. Some very popular television shows that lose major characters come to mind: The Walking Dead, Game of Thrones, even Grey’s Anatomy. There is an infinite roster of people to involve in a story. Do not assume that losing your entire group, or even most of your group, will be the end of the campaign.

No matter what you decide, start strong! Be enthusiastic and open to ideas and feedback. Keep your players involved in a very real way – the story is everybody’s. If your players unanimously want their characters to come back, give them an out. If your GM gives you an option, work with them to create a cool and interesting story surrounding the TPK and how your characters could be saved/recovered.

than what you were doing before. Many times I’ve had players make “new” characters who were merely place-holders until their “original” character could return only to find they liked the new character much better.

There’s no telling what will happen, and that’s the beauty of it. Keep the treadmill going, but encourage your players to hop on with both feet.

Step 3: Invest in the new dynamic of the game. Evolve with it.

Just this last week two games I’m part of were met with TPKs (in each instance, there was one surviving character). In one game, the survivor spearheaded a mission to recover the corpses of their fallen companions, leading them on a weeks-long expedition into dangerous territory that may or may not lead to their death as well – the original party was considered worth fighting for.

In the other game, after a mourning period, the mission was deemed too important to give up on. New companions were found, vengeance was had, and above all – the quest was considered worth dying for.

Both instances have led to an enormous amount of fun and interesting story-telling, far more than if we had thrown our hands up in anger and stormed away. It is, above all else, a game.

It’s stressful as hell having an unexpectedly deadly encounter or trap jeopardize months if not years of your game-time. No one wants to see that much time wasted by unlucky rolls or unknown factors. But without that looming threat, a game ceases to be.

Work with everyone at the table. Try to be understanding that the vast majority of Game Masters do not want their story to abruptly end after a TPK, and players may love their characters dearly enough to actually mourn them when they die. After a Total Party Kill, everyone will be a little upset and frazzled, and I hope you take the three points listed above to heart and urge your group to rally after such an occurrence.

There is a good chance the game may even improve from it, so long as you stick together.