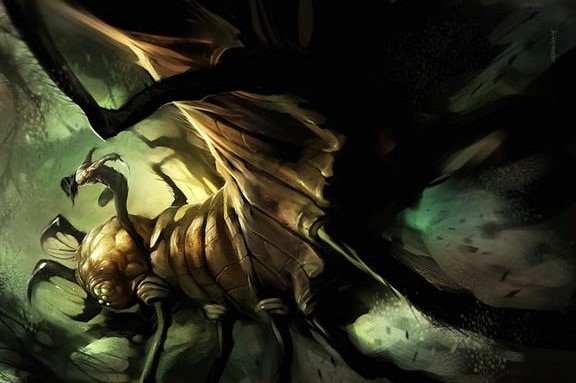 There come moments in every combat scenario when your turn devolves into “hit it with a thing until it stops doing what it’s doing” and those moments are pretty rough on some people. If you feel that way – today we’re going to discuss the flow of combat and how your Actions and Reactions can change the entire face of a combat encounter to be far more fun*.

*Fun is subjective – not everyone’s fun will be the same. However, by focusing on the actions and reactions that give your character agency, it gives you more control over the fun you and everyone else enjoys at the table.

Mechanics only go so far. It’s true with videogames, board games, and tabletop – there are only so many times someone can roll a d20 and add 7 before it becomes mind numbingly dull. So what is it that bridges the gap between that die roll and the fun you have?

I break it into 5 parts for both players and DMs. 5 parts that make combat enjoyable and fun to play. 5 parts that each DM and Player can cease and manipulate to make the absolute most out of every combat encounter. None of them trump rule #0 of combat in Dungeons and Dragons or other combat heavy RPGs:

Combat is a REWARD, not a PUNISHMENT or BURDEN 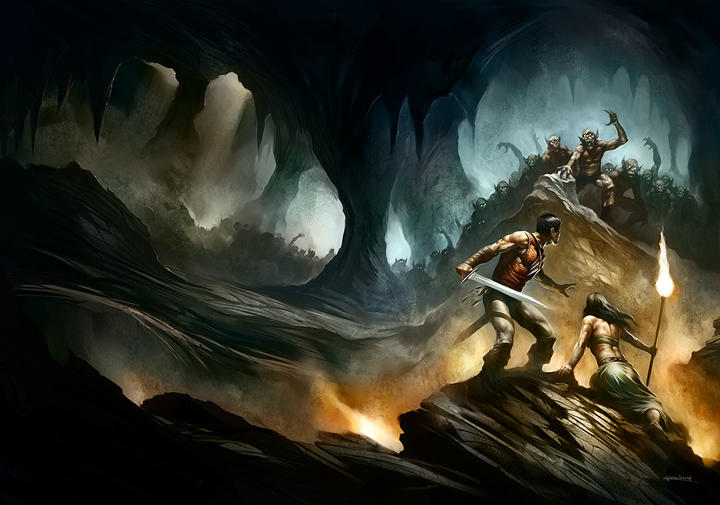 You do not crack open a Legend of Drizzt book by R.A. Salvatore and expect to see two people fighting naked while comically trying not to touch one another’s genitals. You may never expect to cut on It’s Always Sunny in Philadelphia and see Frank bloody and beaten, choking the life out of a burglar. The same is true for your game – combat is a kind of vessel that the group uses to experience the setting and theme of the game. Breaking away from that theme can be fun every once in a while, like sticking a finger slathered in your spit into an ogre’s ear to make it let go of you, but on the whole not continuing to develop an established theme in your game will make combat seem much less impactful and out of place. 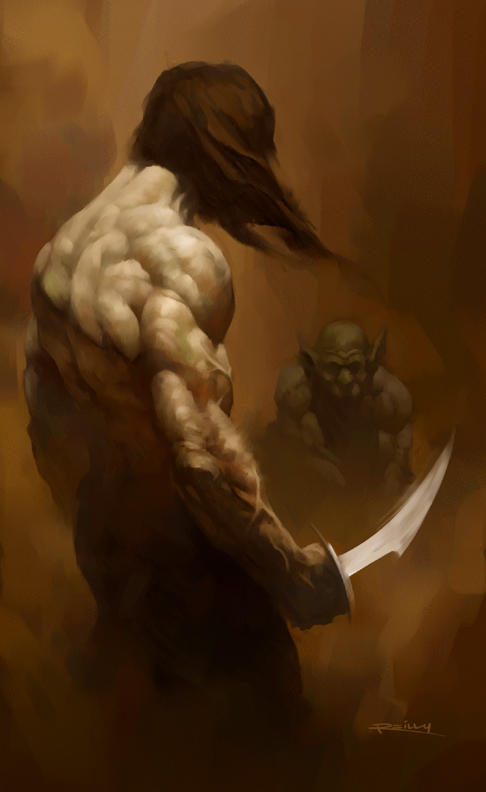 Lean deeply into the themes of your game in every regard you can manage, but particularly in:

It’s strange, but violence is one of the least interesting things you can see in a game or on television. Three guys going at one another with bats doesn’t make for an involved scene, but if one of them is trying to escape to warn his companions of a trap or one of them is chained to a wall, trying to defend themselves, suddenly the combat seems more important and tense. Every combat should push the plot forward in some way. As a player, you can react to combat encounters – inspect the enemy’s weapon, perhaps it’s the weapon of the murderer from town. Look for tattoos or markings that could show the puppeteer behind their actions. Even random encounters can further the plot by chipping away at the characters’ resources and health – giving them a harder time when facing off against the larger threat waiting for them down the road. But a combat encounter that happens in a vacuum is less important than anything else you could spend your time on. 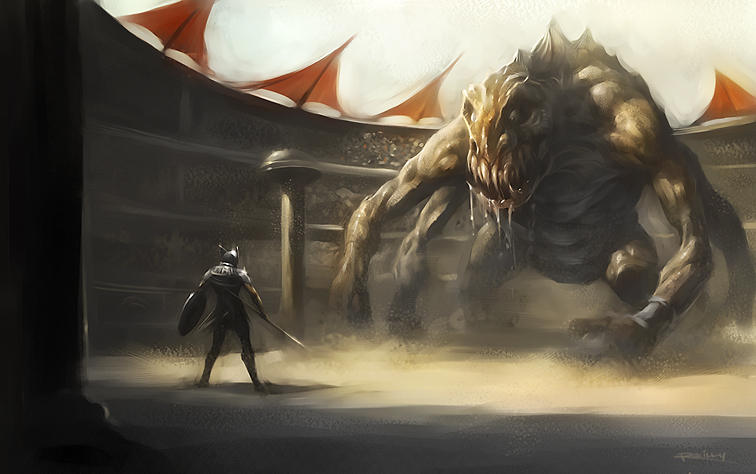 Of course there are exceptions! You may need to walk players through combat to teach them mechanics, you may need to throw a monster at the party to buy time and fill up a session that’s running too lean, you may want to have a combat encounter to let your players try out new things. But these types of plot-less encounters should be used very sparingly. 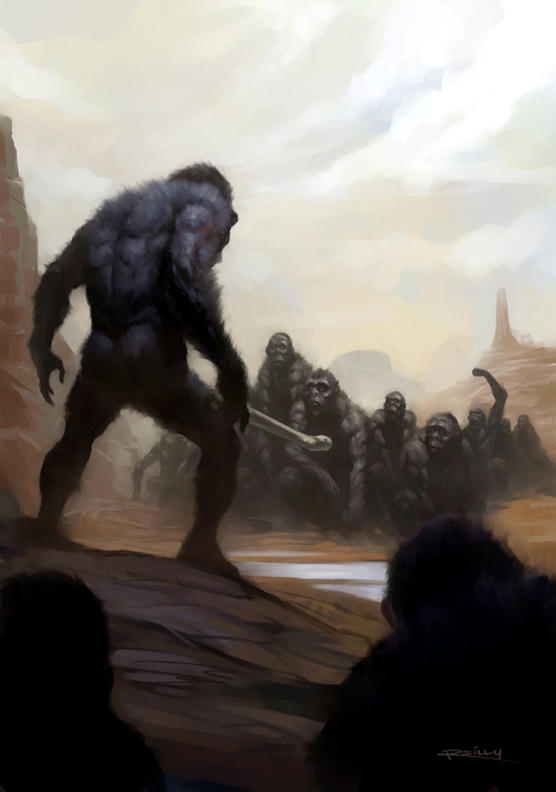 You can focus your entire game on facing off against violent inclined ape men – every fight facing some variation of ape people. They don’t even have to be all that unique in their scale and abilities, but each fight needs to be special in some way – they must resolve conflict using different approaches primarily. Lets go over some examples of what I mean – all using the “horde of ape men” approach:

When, why, how, and to what end – character’s actions in combat unveil who the character really is. It opens opportunities to represent a new face for NPCs the party believes they know. It’s a very unsettling moment when a kind and gentle teacher gets a chance to show just how they earned their legend in combat.

By contrast, unknown characters can shed the mask they wear for the world when blood begins to shed. A merciless cut throat who spares the characters and refuses to attack the female characters may surprise the party and turn their understanding of their adversary on its head. A noble and god-blessed warrior who butchers his enemies while laughing, likewise, reveals their true selves to be far more dangerous and bloody than would first appear. 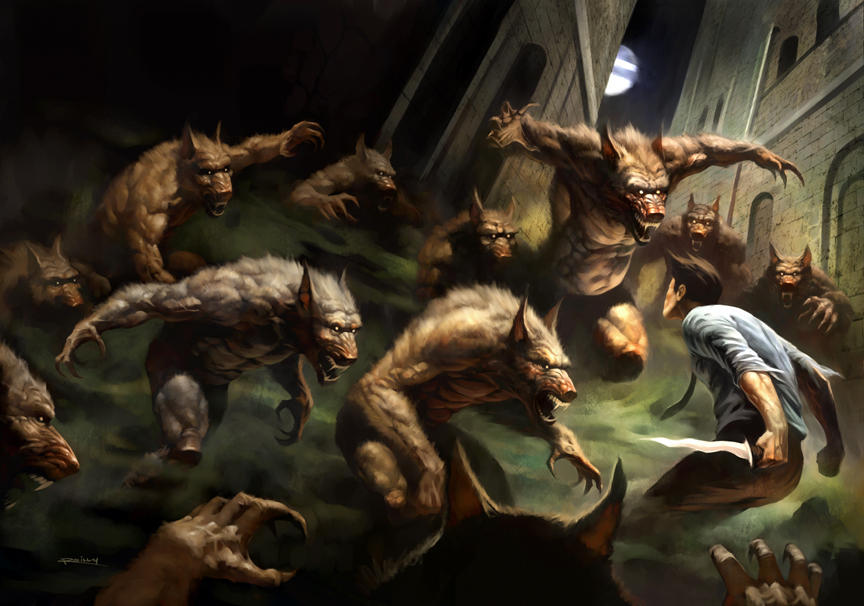 Player characters, likewise, should be given the chance to reveal who their character is during every action of combat – are they a skilled and gifted warrior? Are they a lucky newbie who manages to eek out victory time and time again. Combat should be a stage in which every character gets to show their inner self – the aspect of their character only combat can bring out.

The “difficulty” as the arbiter of the game comes in understanding that the player character may not be who you think they are in combat. The player and the player alone determines what the PC does in combat – even if it does not seem to fit within their character in your eyes.

The “difficulty” as a player in the game is trusting that the person running your game knows information that you do not and takes that information into account when combat erupts. If a businessman draws a cultists’ kriss and seems undaunted by a swarm of werewolf assailants – even if you brought that character into existence, trust that the person running the game is representing them accurately.

5. Paint the action with words

Try, just try, when you take a turn in combat – as a player or DM – to describe the action as it appears in your head. Your turn is a hot microphone and podium for your imagination to be heard. If doing stuff like that makes you uncomfortable, you can easily spur another person at the table to jump in by asking “What’s that look like?”

Combat transforms into a detestable slog when it devolves into people telling one another numbers – it’s why combat in games like Dragon’s Dogma leave a much more lasting impression than other titles. Your character trying to hold on for dear life to the back of a chimera, stabbing at its wailing goat head, while meteors slam into its head and flanks makes for a better memory than the time you did 99,999,999 damage to a Tonberry by using your point card (Final Fantasy).

Vary the description of combat moments – some should be a single sentence “The Dragon hooks you under the leg with the tip of its wing and sends you to the floor. Its spear-like claws come down on you for 18 damage.” While other combat actions could be much more involved, depending on the action taken: “Callen rushes over and jumps off of the ledge, grabs onto the hanging chains, and swings down onto the dragon’s back blade-first. With a scream of “Don’t you touch him, you filthy creature!” he hacks into its back for 18 damage, then tumbles off onto the stone floor.” 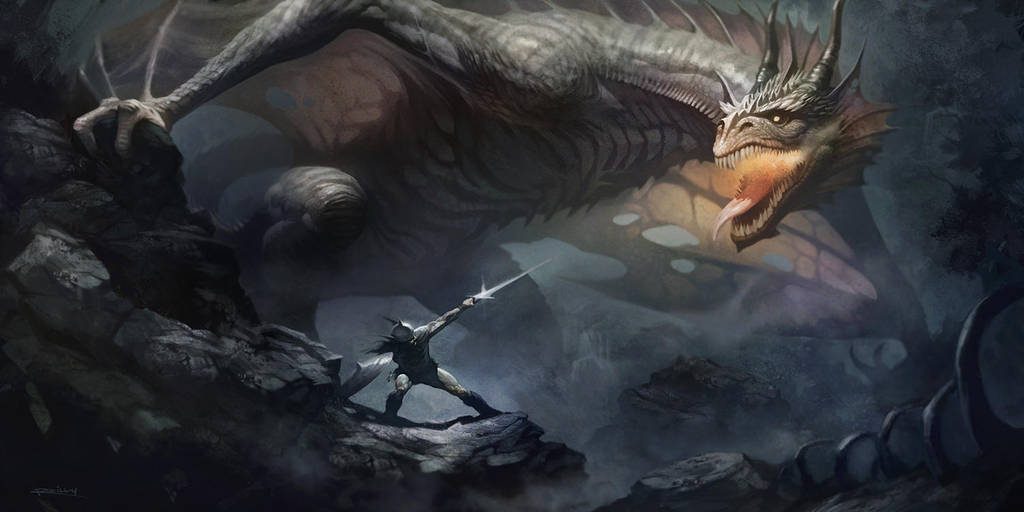